Levante face off with visiting club UD Las Palmas at The Estadio Ciutat de Valencia in this La Liga 2 tie on Sunday.

Levante have found good form of late after a sluggish start to their season and will fancy their promotion chances at this stage of the campaign. They picked up a clinical 3-2 win over Albacete in their last league game before beating UE Olot 4-0 in the Copa del Rey. 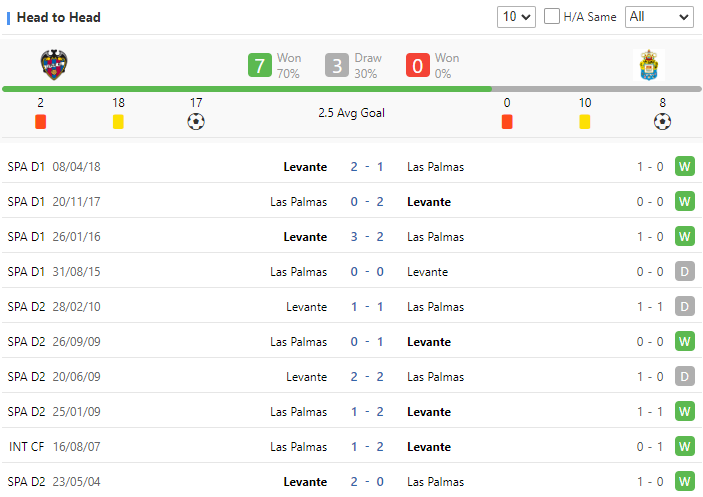 Las Palmas, meanwhile, enjoyed a brilliant start to their season but have hit a rough patch of late, losing their top spot in the process. They were held to a 1-1 draw by Eibar in their last league game, with Alex Suarez scoring the opener before their opponents leveled the scores two minutes later.

Las Palmas' latest result ended a three-game winless run and they will now be looking to build on that. They have lost just one game on the road all season and could pick up a point here.