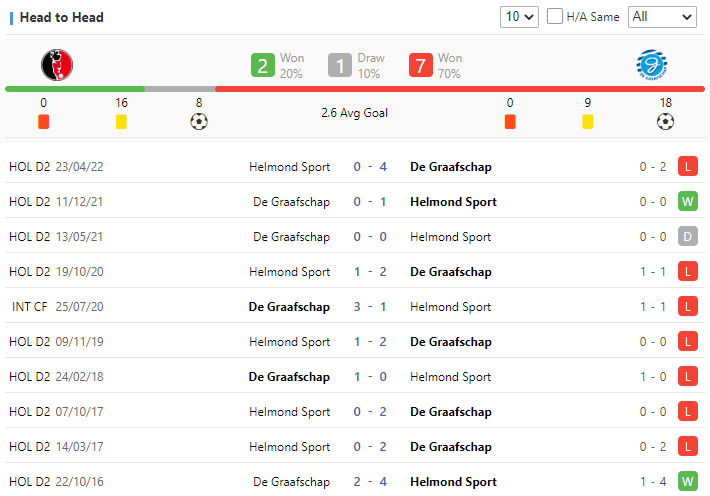 The visitors are in 13th place in the table after taking 18 points from their 13 league matches so far. However, they are just four points outside the promotion play-off spots in the Dutch second tier.

De Graafschap will record a comfortable victory in a high-scoring encounter to potentially move up the Dutch second-tier table.