Liga Portugal 1 round 13 will end with a game between Santa Clara and Estoril.

They haven't dropped a game in three. Their last four games all concluded with under goals, indicating that they are interested in low scoring outcomes. Now they rank fifteenth at the table of the league.

Instead, they are in a bad way and are on a losing streak. But both of the defeats are from Bnefica. They perform poorly offensively, scoring 1.08 goals per game on average this season. They have a strong road record this season, going 3W-2D-1L so far. 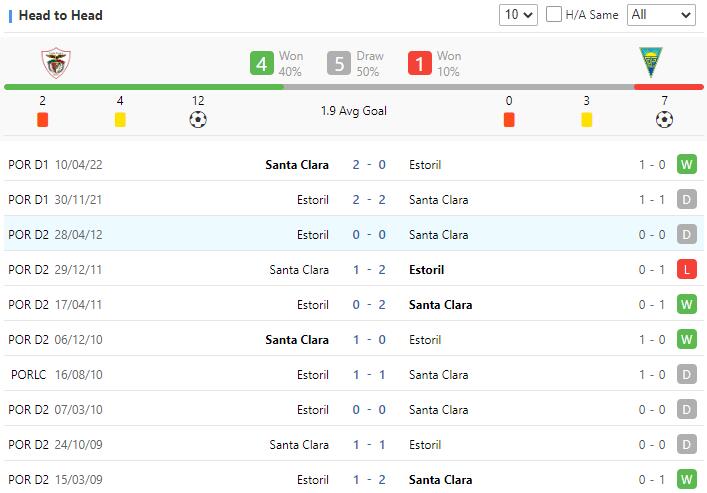 In their previous head-to-head encounters, they scored 1.9 goals on average. The total goal of the forthcoming game will not exceed three due to the fact that neither of them are strong offensive team.