Angie sees another game that could be upset with many blind bettors lumping their wagers onto PSG to beat Auxerre by 3 or more goals in the margin, this is suicidal and you need to read my handicap analysis to capitalize on most bettors' mistakes. So take heart, let Angie surprises you yet again.

PSG have 12 players who will be on World Cup duties, they certainly won't be playing hard to win this game at home, it would be a lazy show from these players who do not want to pick up any injury just before the world cup starting in a week. Players such as Mbappe, Neymar, and Messi won't be really playing the full 90 minutes.

Auxerre only won just once away from home all season, but they do not have any players heading to the world cup as much as PSG, they can concentrate on this game to reduce the number of goals defeated by a narrower margin. I still do not think they will get much from PSG. 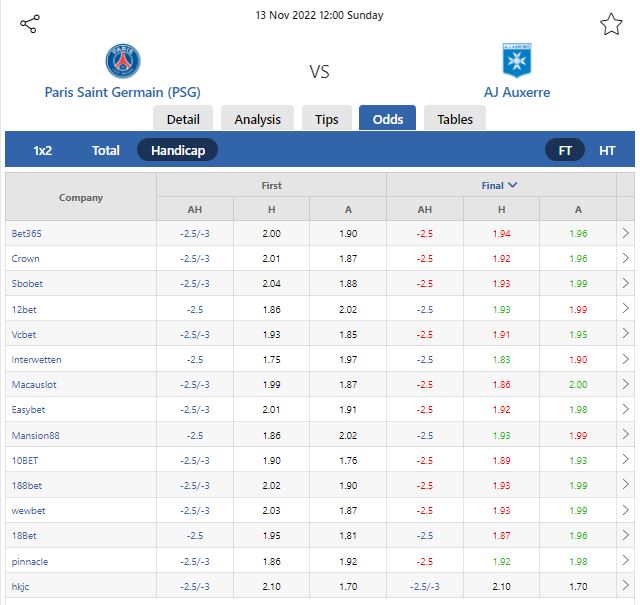 Asian Handicap on PSG opened at -2.75 and retreated to -2.5, as the smart big sharks already lumped their volume on Auxerre +2.75, whilst a high number of bettors looking for a bargain on PSG AH -2.5 thinking it is a gift from heaven. Upmost, PSG will win this game by 1 or 2 goals and lose the handicap.