Europa Park Stadion will hold a Bundesliga game between SC Freiburg and Union Berlin this weekend.

They hadn't lost in a long time until their recent 3-1 loss to RB Leipzig. They are currently in third place on the league table. It is interesting to note that the games that Vincenzo Grifo has scored all ended in victories.

They have been in disarray now. They recently received 1W-1D-2L in the league games, dropping them to second place in the table, four point behind Bayern. It's because they have a hectic schedule these days, with games in the Bundesliga, DFB-Pokal, and the Europa League. 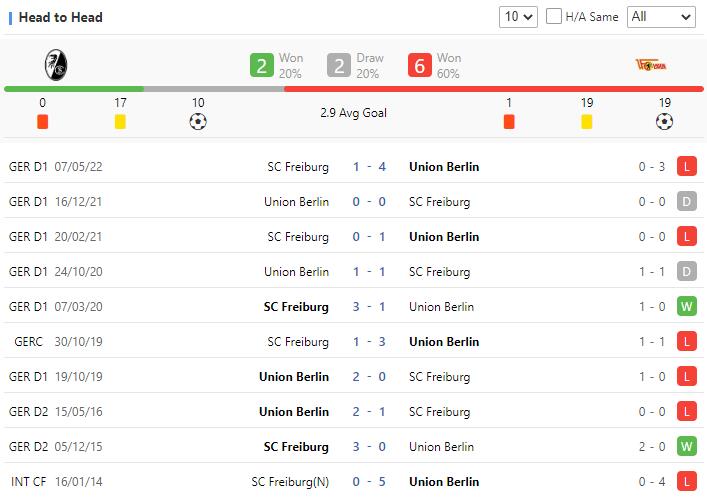 Their previous head-to-head games have produced an average goal of 2.9. Over 2.5 goals is a safe bet. Keeping an eye on the live bet may yield unexpected riches.