There will be a game between Bristol City and Watford on Sunday.

They are in bad shape because they haven't won in five games. It hurts their spirits since they lost to Lincoln City in their most recent game and were eliminated from the England League Cup.

In the ten games they have played during the past two months, they have a 6W-4L record, with 17 goals scored and 9 goals allowed. And they show a preference in high-scoring results. Only three out of ten games ended in under goals. 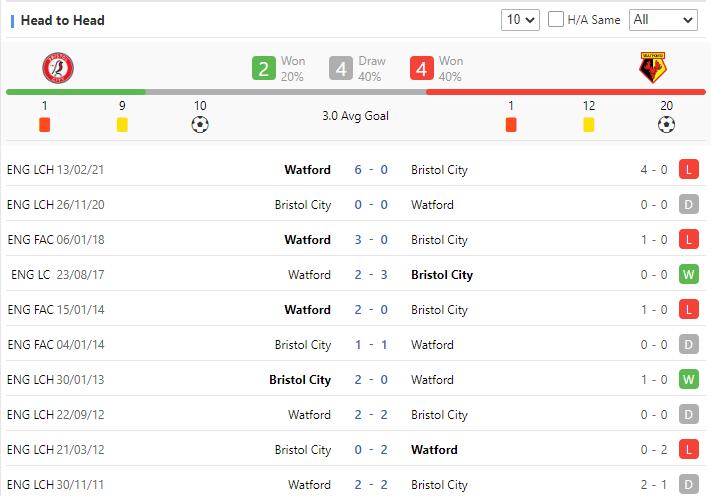 Bristol City got 2W-4D-4L from Watford in their past head to head games, which take the lower hand. As Bristol are in a poor state while Watford are in form, the victory is tending to the guest team.