Lens will play against Clermont at Stade Bollaert-Delelis on Sunday.

Lens are currently ranked second in the league table. They have a four-match winning streak, demonstrating their form. They actually just have one loss to their name so far this season and have a perfect home record of victories.

Clermont has gone four games without a victory. Now they rank tenth at the table. It is challenging for them to score against Lens, despite the fact that they scored in seven of their most recent games. 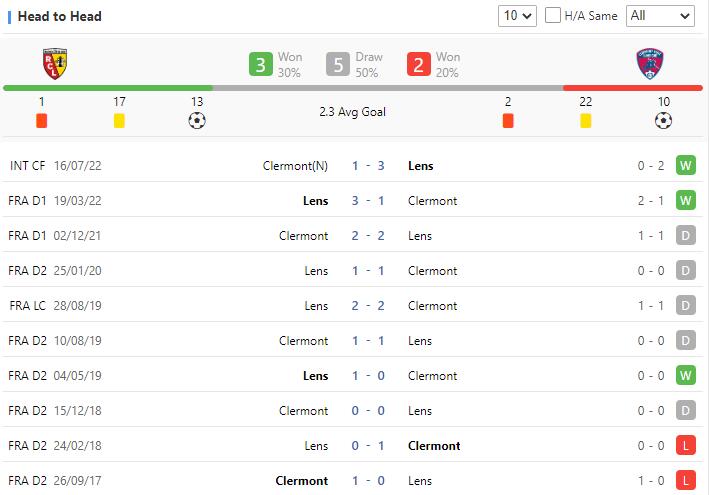 Len have the psychological advantage through the past meetings against Clermont because they have not been defeated since 2019. As Lens have the home advantage, they will win easily.