Fulham and Manchester United will play each other at Craven Cottage to close out the pre-World Cup Premier League action.

Last weekend's match between Fulham and Manchester City came off the heels of a four-game league winning streak that includes victories over Aston Villa and Leeds United. With 19 points from their first 14 games and a solid start, Fulham rank ninth place. 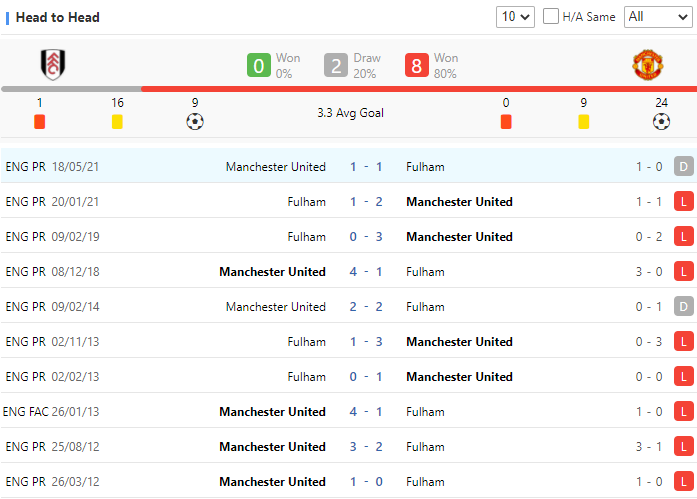 Last Saturday, Man United’s nine-game winning streak in all competitions came to an end as they lost 3-1 against Aston Villa. With a game remaining, they rank fifth place in the standings - three points behind fourth-placed Tottenham Hotspur. The Red Devils will enter this game on a winning note after defeating Villa 4-2 in the EFL Cup on Thursday night to advance to the competition's fourth round.

Fulham are without Mitrovic. Manchester United will also play for the outcome because they want to play their best football before the break and go closer to the top 4. Except there will be a lot of objectives in the conflict.