Italian Serie A / Sampdoria vs Lecce

Italian Serie A / Sampdoria vs Lecce

Sampdoria will be hosting visiting opponents Lecce at Stadio Luigi Ferraris in this Serie A match on Saturday.

Sampdoria host Lecce at the Stadio Luigi Ferraris in Serie A on Saturday, looking to pick up their second win of the season. It's been a disastrous campaign for La Samp thus far, collecting only six points from 14 games to languish second from bottom in the league standings. 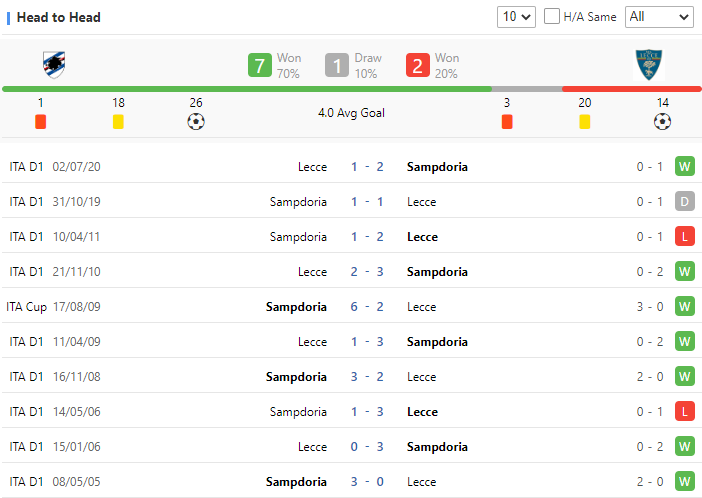 Lecce, meanwhile, haven't covered themselves in glory either, winning just twice in 14 games to sit in 16th place with 12 points in the bag, just five clear of the bottom three.

Sampdoria come into the match on the back of a three-game losing run and Lecce will have the chance to pile more misery on them. Given their own record, the Giallorossi may not come away with a victory, but they should be able to force another share of the spoils.