Angie must warn all of those who blind-betting people with very little experience, to avoid Chelsea today at all costs. The smart ones and those who had experienced would agree with Angie. Chelsea is hoping to bounce back from their miserable defeat in the midweek cup exit at the hand of Man City, also with their poor show at Brighton with 1-4 away last from their last league game. However, Graham Potter started to show he is not a good candidate to lead Chelsea with 2 straight defeats.

Newcastle United going from strength to strength, the Magpies had only lost just once this season, that was a narrow defeat at Liverpool. Newcastle would hope not to lose here to maintain a good run this season. Migual Almiron had 8 goals scored this season for the Magpies, the Paraguayan could lead Newcastle to victory. 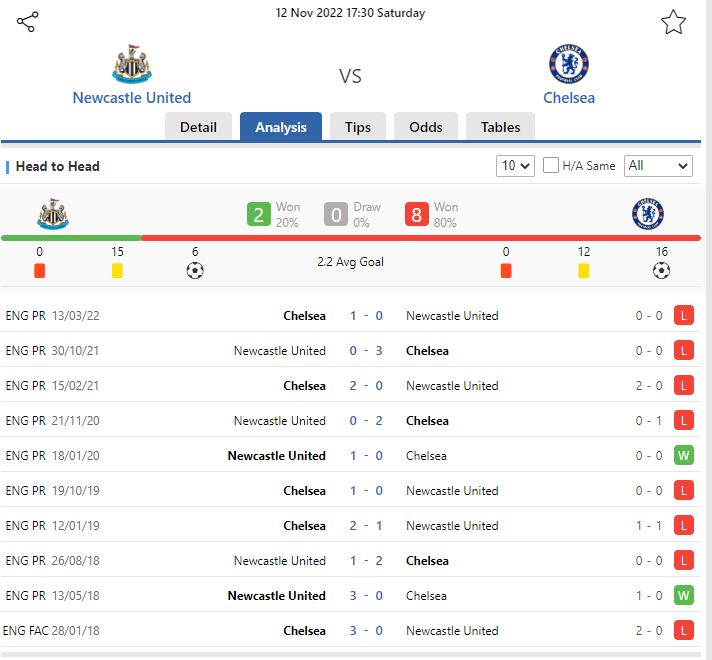 Last 4 head to head, we have not even seen Newcastle manage to score against Chelsea, I believe the curse will end today. Over 2.5 goals result was only 50% in their last 10 head-to-head meetings, Angie does not think this game we see too many goals. 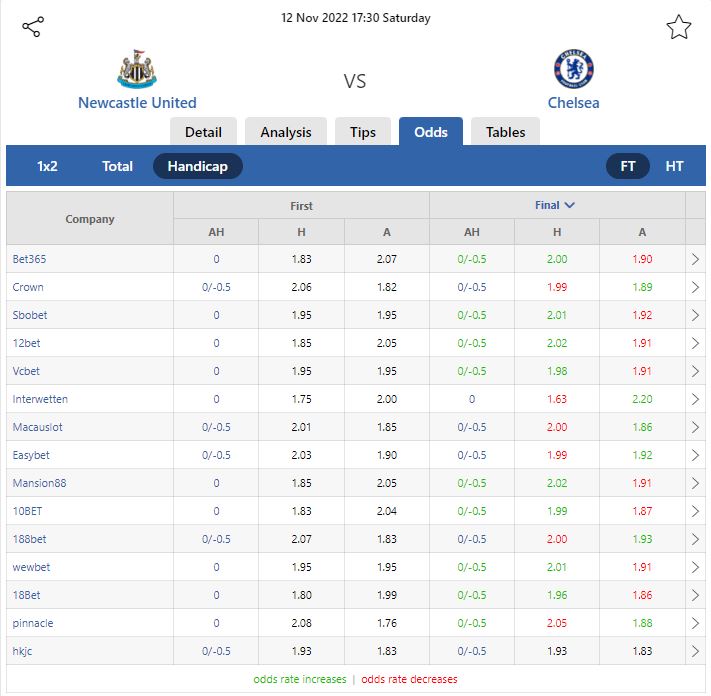 Current Asian Handicap track at a surprising Newcastle United AH (0) with only a minority of bookies willing to give Newcastle United a handicap of +0.25. Most Asian Bookies such as Macauslot, HKJC, and 188bet lure bettors to pick up Chelsea AH (0/+0.25). Angie knows these big shark Asian Bookies deliberately lure idiots throwing money down the drain. This is why Angie expects Newcastle could win this game.