A Late Saturday night kick-off from the Premier League as Arsenal is hoping to regain their lead at the top of the Premiership with a win at struggling Wolves, odds on an away win, and opening Asian Handicap at -1 on Arsenal is in line with most punters expectations.

Arsenal is looking for their 12th win this season, with the world cup only a week away, most of their key players may not feature for the full game, therefore, do be so blind to back on a high goals encounter. The last time Arsenal had lost here at Wolves was back in 2019, Arsenal lost 3-1 here at Wolves. With most of the goals from the Gunners spread out between Gabriel Jesus, Gabriel Martinelli, Bukayo Saka, and Granit Xhaka, I believe these international players are likely to save their energy for the world cup.

Wolves are struggling this season, from injuries crisis to now we see a goal drought. Even though they had taken in Diego Costa, he had made absolutely zero impact on Wolves at all. Wolves had so far only scored just 8 goals this season, with 5 goals on home soil. They had won twice at home this season, both games were a narrow 1-0 victory against Nottingham Forest and Crystal Palace. 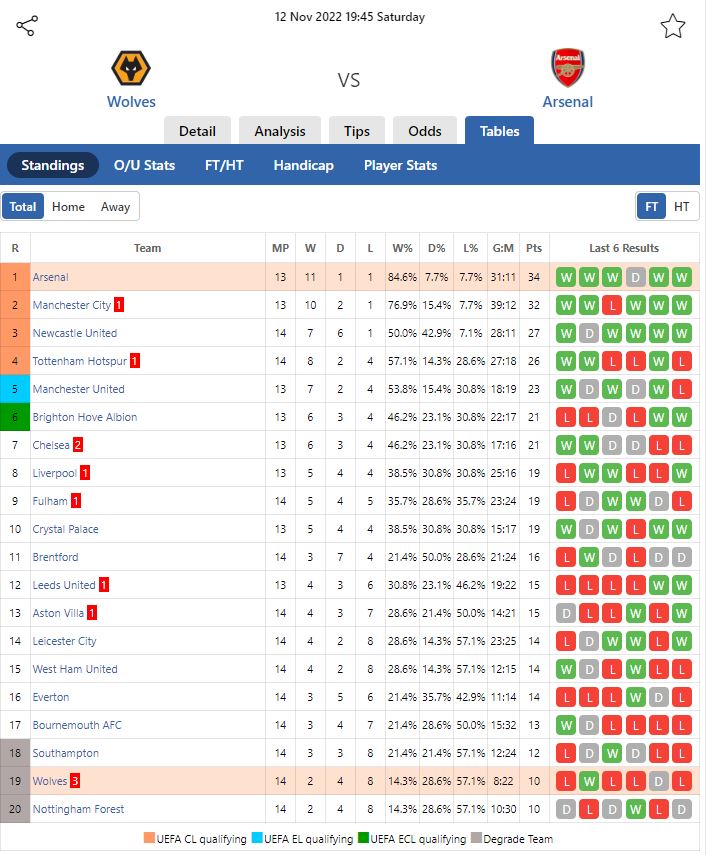 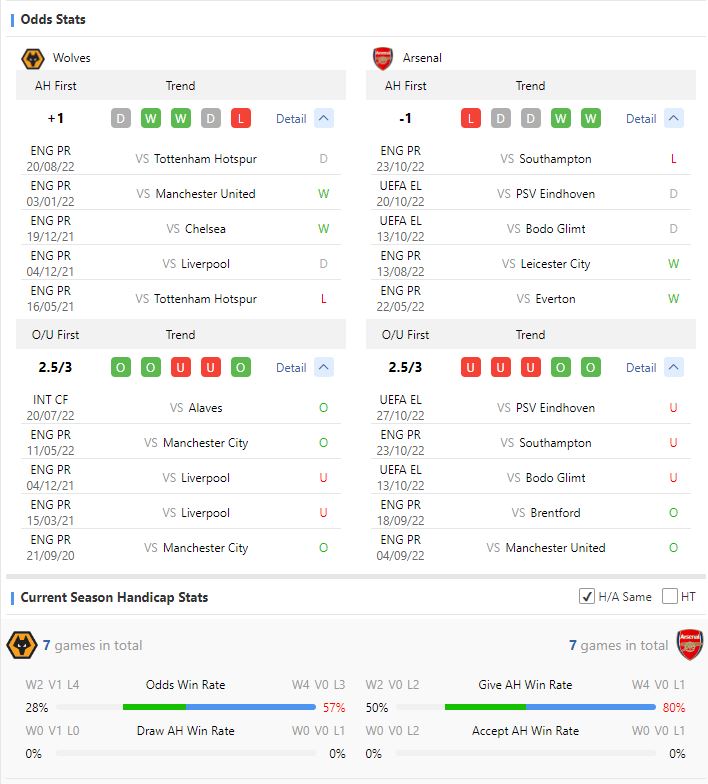