Real Madrid are coming off a shock 2-3 loss away to Rayo Vallecano last outing. The team has some injury issues, such as the absence of Benzema due to injury, so that their forms are inconsistent. Now they are 5 points behind of the leader, FC Barcelona, under the condition that they had played one less round than the leader. However, Real Madrid has poor defenses recently. They conceded 3 goals even in the face of Vallecano. In the past 4 games, they have conceded as many as 8 goals in total. Therefore, if they want to secure 3 points, they must do some improvement on their defensive sides. 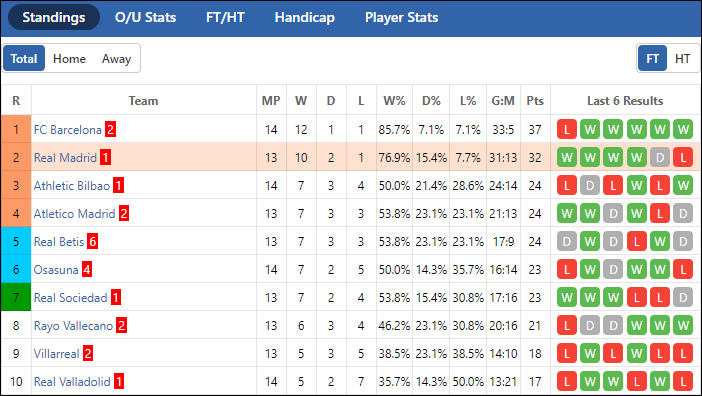 Cadiz have been in poor forms in this season. They have managed just one win in their last seven rounds but also have one loss in that period. From the stats we can see that Cadiz have made great effort on their defenses, keeping clean sheet in almost half of the schedules.

Cadiz are unbeaten in the last two meetings and have only lost twice in the last five matches against Real Madrid. Cadiz will be aiming to fight for against relegation, while Real Madrid need a bounce back from last defeat. I think both sides would score here.