Augsburg journey to Stadion An der Alten Försterei on Wednesday for the Bundesliga 1 fixture with home team Union Berlin.

The home team fell to their second loss in their third league game as Bayer Leverkusen inflicted a 5-0 loss on them. With that loss, Union Berlin were displaced from the top of the league table after roughly two months. They will be looking to return to winning ways after that drubbing and will be counting on home advantage here. 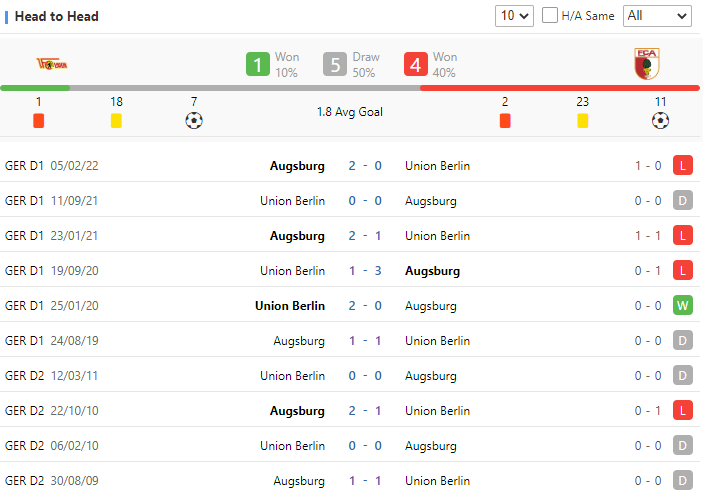 Augsburg are winless in their last five games in the Bundesliga and fell to their second defeat in as many games as they were defeated 2-1 at home by Eintracht Frankfurt.

Augsburg might well find it a difficult task to get a goal of their own but do we see them getting enough chances to score, too. Therefore, we are anticipating a controlled 3-1 winning margin for Union Berlin at the end of the match.