Inter Milan will play against Bologna at Giuseppe Meazza after a losing streak recently.

In their most recent game, they were defeated by Juventus, suffering a two-game losing streak. The good news is that they have advanced to the UEFA Champions League Round of 1/8 Final. The unfortunate news is that Romelu Lukaku has sustained another injury. He won't participate in the forthcoming games to ensure that he can play in the world cup.

Instead, they have a four-match winning streak and are in good shape. They now hold the 12th spot in the league table. However, they have a poor record on the road, going 1W-1D-4L. The only victory was from Monza in early November. 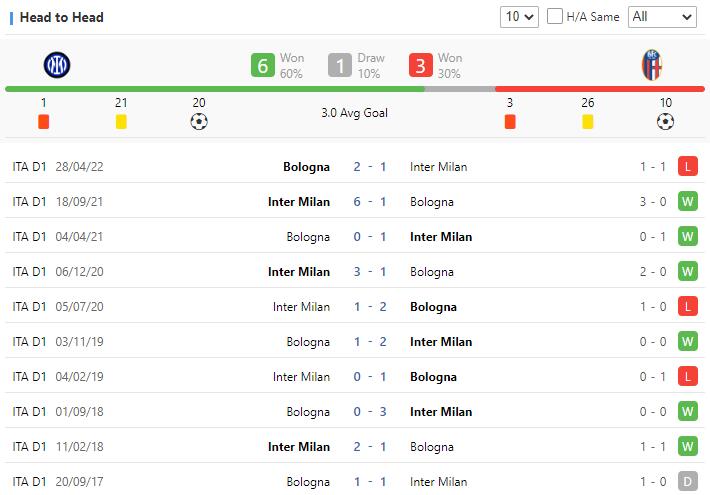 Inter have the benefit of playing at home. Despite being in poor shape, Inter still have a chance to defeat Bologna and earn points.