Sevilla and bitter rival Real Betis battled to a 1-1 tie on Sunday. Despite having lost just once at the Sanchez Pizjuan throughout the whole previous season, Sevilla's last LaLiga triumph came in the middle of October. They are yet to win in front of their own supporters, with only three of the potential 18 points at home 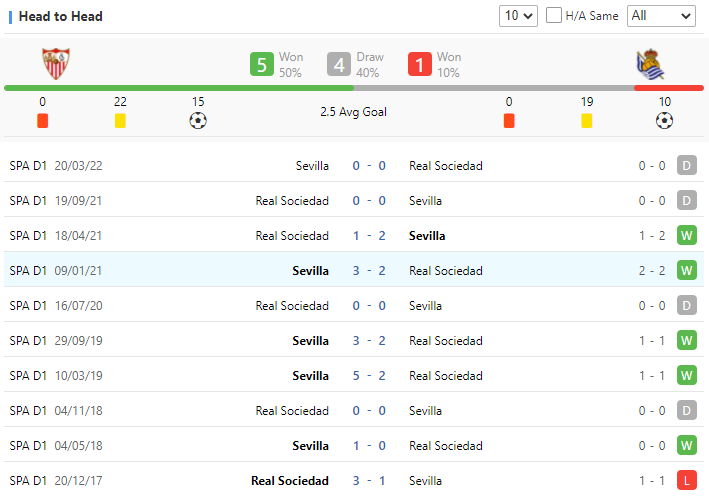 Real Sociedad are facing a small decline after their club-record run of eight consecutive wins came falling against Real Valladolid last month. They hung on to the same scoreline with Valencia. The team will be aiming for a good outcome to stay in the battle for the top four - one point behind third-place Atletico Madrid.

Sevilla has issues with both offence and defence. Real Sociedad put in a lot of work against Valencia by playing ten. Therefore, except few goals because the visitors will undoubtedly wager on defence at some point.