Bochum failed to return to winning ways as they fell to a 3-0 defeat against Borussia Dortmund on Saturday. This followed a 4-0 loss at the hands of Wolfsburg on October 29, which saw their two-game winning streak come to an end. Bochum’s underwhelming start to the season sees them seated in 17th place in the Bundesliga table after claiming seven points from 13 games. 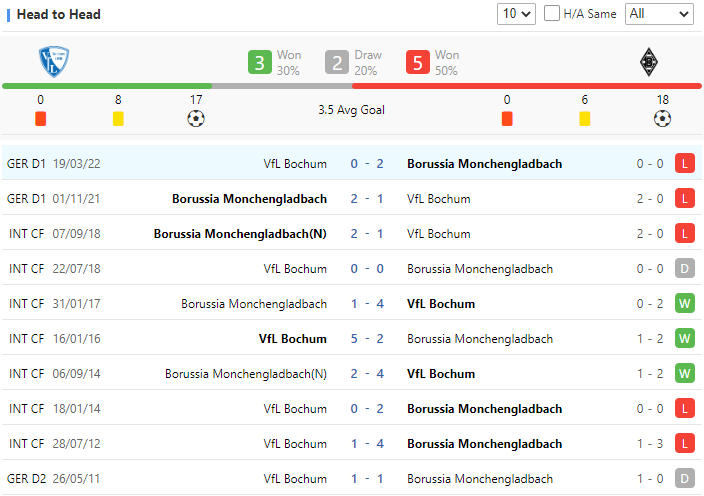 Meanwhile, Borussia Monchengladbach stopped the rot last time out when they secured a 3-1 victory over Stuttgart on home turf. Prior to that, they were on a four-game winless run in all competitions, picking up one draw and losing three consecutive games. With 19 points from 13 games, Borussia Monchengladbach are currently eighth in the league table, three points off the Conference League qualification spot.

Bochum will fancy their chances against an out-of-sorts Borussia Monchengladbach side who have struggled for results on the road this season. However, we are backing the visitors to build on Friday’s victory over Stuttgart and hold out for a share of the spoils.