On Tuesday night, high-flying Osasuna will welcome the Catalan giants in La Liga for Barcelona's penultimate game before the season ends for the World Cup.

Osasuna defeated Celta Vigo 2-1 to extend their winning streak to four games and tally 10 points. They have played 13 league games this season, winning seven, drawing two, and losing four. With 23 points, they are tied for third place with Atletico Madrid. 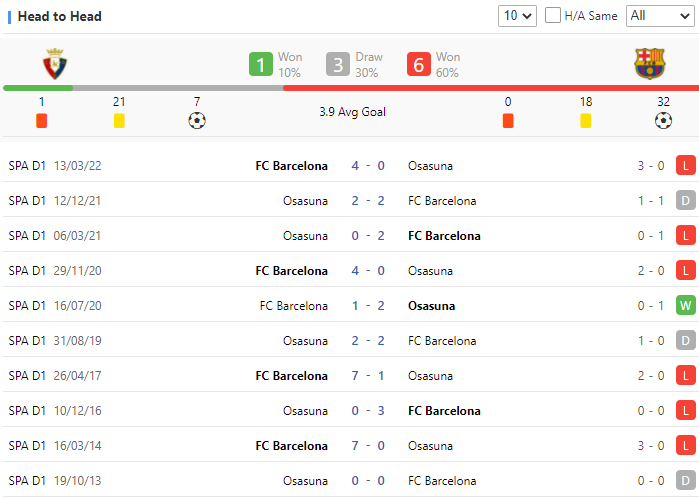 Barcelona will go into the game after defeating Almeria 2-0 on Saturday. They presently lead Real Madrid by two points. There is no escaping the reality that their performance in the Champions League was incredibly disappointing, but they have excelled in the league this season for a record of 11W-1d-1l of their 13 games while tallying 31 goals and only four goals against.

Given Osasuna's performance this season, this may be a very, very difficult encounter for Barcelona. Osasuna winning or even earning a point would not be shocking, but we just have a gut sense that Barcelona will perform well enough to secure three crucial points before the break.