Atlético Mineiro play host to away team Botafogo at Estádio Raimundo Sampaio in this Serie A fixture on Monday. 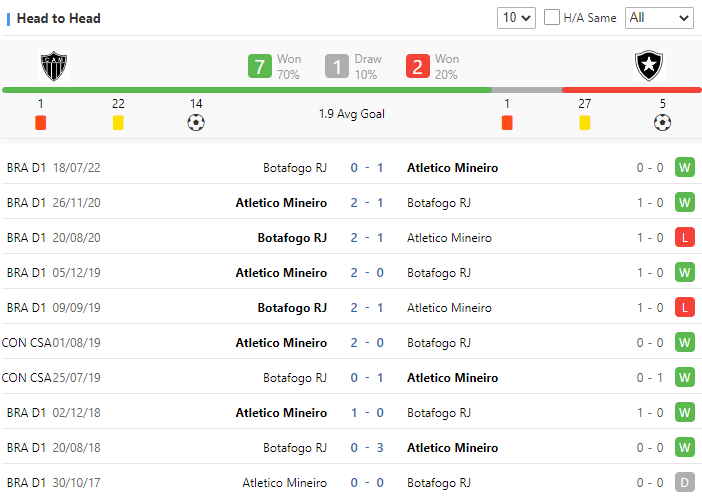 We envisage that Atlético Mineiro will more than likely get the win and a possible clean sheet when they meet Botafogo, who may well struggle to find the back of the net. We’re tipping a comfortable 2-0 margin for Atlético Mineiro when all’s said and done.