West Ham United will take on Crystal Palace at the London Stadium on Matchday 15 in the English Premier League.

West Ham United are dominant at the London Stadium, since they won all of their last six consecutive matches at home across all competitions, including three on Premier League. Also, they have picked up 2 wins and 2 draws in the latest four meeting against Crystal Palace. 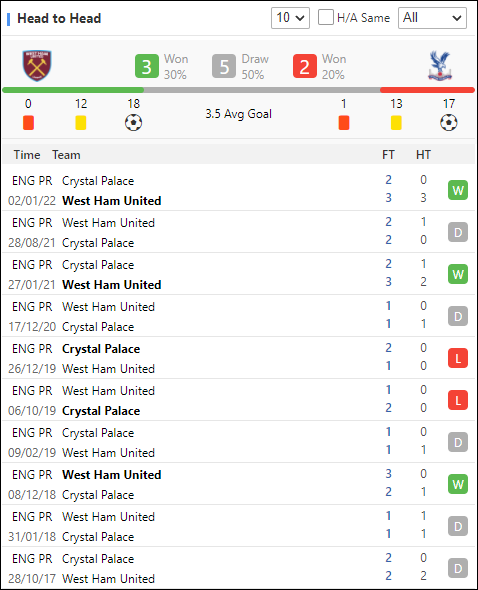 Crystal Palace are coming off a 0-3 loss at Everton in their last away game, and they heads into this round aiming to get their first away victory since this season as they had only 3 draws and 2 defeats on the road. On Thursday’S Europa Conference League, Crystal Palace beat FCSB 3-0 as away side, and now they top their group with six wins from six matches.

West Ham United have excellent home run recently, while Crystal Palace may have some tired legs due to midweek’s away match in Bucharest. I will go for a home victory in this clash.