Southampton will host Newcastle at the St. Mary’s on Sunday’s Premier League.

The Saints continued to lost in the weekend when they suffered a 0-1 away defeat at Crystal Palace. Now they are only one point above of the relegation zone. They have only got 1 win in their last 8 games, also, they have only won one of their last five home games in this competition. Also, they have been struggling in the latest head to head games against Newcastle United, losing two of their last three at home and winning just once in their last five home meetings. 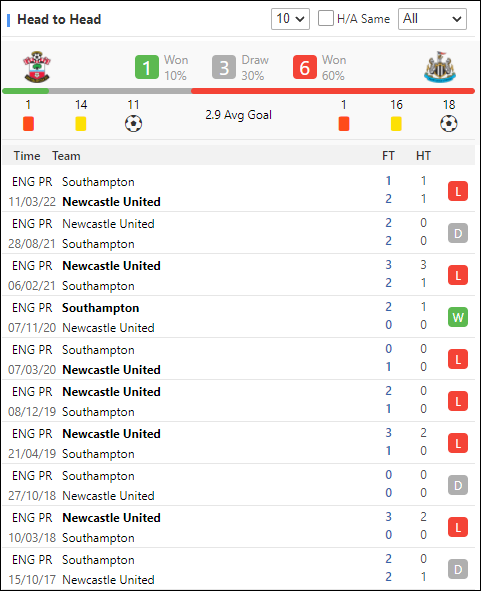 Newcastle United is currently sitting fourth in the standings. They have been unbeaten in their last eight rounds and have the best defenses in the League. They have also lost just once in the league this season when suffering a 1-2 away defeat against Liverpool. Also, they kept clean sheet in three of their last four rounds. Most importantly, they kept unbeaten in six of their last seven away games across all competitions, scoring six goals in their last three visits.

Newcastle United have been in consistent run in recent matches, and they have advantages in the past confrontations. I am going to back Southampton in this round.