This weekend's match between Chelsea and Arsenal will undoubtedly rank as the Premier League's biggest.

Potter lost his debut game in charge of Chelsea last weekend when his former team Brighton humiliated him 4-1. But the Blues recovered with a midweek Champions League victory over Dinamo Zagreb. Chelsea have gone undefeated at home this season with 5W-3D. Potter's team is now in sixth position - 10 points behind the Gunners. 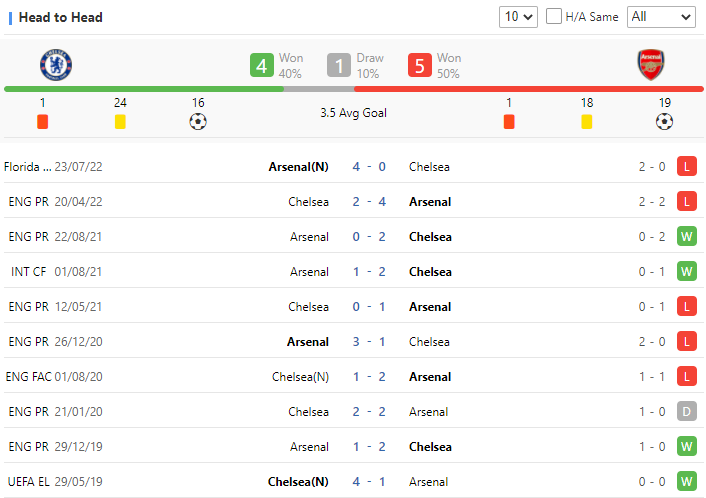 On their way to the top of the standings, the Gunners have already defeated powerhouses Liverpool and Tottenham, although both of those triumphs were at the Emirates. Mikel Arteta's club appears to be the only one capable of stopping Pep Guardiola's Manchester City. With four victories, one tie, and 13 goals scored overall.

While both clubs would like to get all three points, Chelsea is more driven to succeed if they hope to stay in contention for the top four. However, defeating Arsenal that is in good form will not be easy. At Stamford Bridge, the Arsenal are at the top of their game and have enough players to at least eke out a draw.