Aston Villa will see whether new coach Unai Emery can turn things around as Manchester United are eager to maintain their current run of success.

Gerrard was sacked following another loss to Fulham, inevitably faced the price first since Aston Villa has been performing below expectations this season. Many were shocked when Villa thrashed Brentford 4-0 in their first game after his departure, but they quickly reverted to their old ways and lost the following game away to Newcastle by the same score. 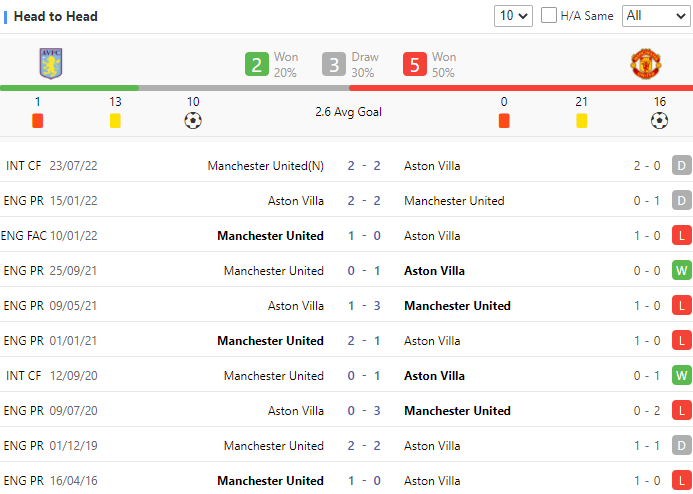 Manchester United are performing well. They have gone eight games without losing in all competitions. They qualified for the knockout stage of the Europa League, and with a win over West Ham in the previous round, moving up to fifth place in the Premier League standings with 23 points earned.

The current uptick in Man United's performance have corresponded with significant defense improvement - conceding only once in their previous six games. Except another win for the Red Devils.