Fans of both teams await the Europa League action happening on Thursday when Qarabağ will take on Freiburg.

Qarabag, meanwhile, are six points behind Freiburg in second place and fighting to reach the knockout round playoffs, with Nantes breathing down their necks. 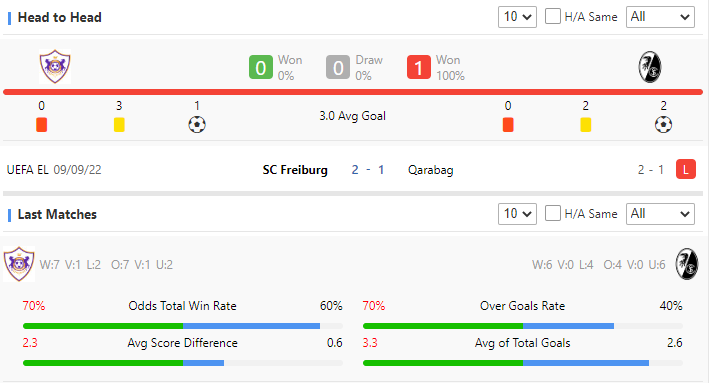 Freiburg recently in the Bundesliga two consecutive wins, the recent form is very good. At present they have already locked the group 1 in advance, this game can have a relaxed mood.

The hosts will go for the win and look to push Freiburg on the back foot, although the Bundesliga side are a better team. However, with a last 16 place secured, they have nothing to lose and may take their foot off the pedal, allowing their Azeri rivals to eke out a point.