At Madejski Stadium, Reading will take on Preston North End on Friday.

They finished October with a 2W-2D-4L record, dropping them to eleventh in the league standings. It is because they play poorly on the road, which have gone four straight away games without a victory.

Instead, they've recently had success. With goals scored in each of the last four games, their offensive has improved, leading to a record of 3W-1L. They are good at away games, with a win rate of 78%. 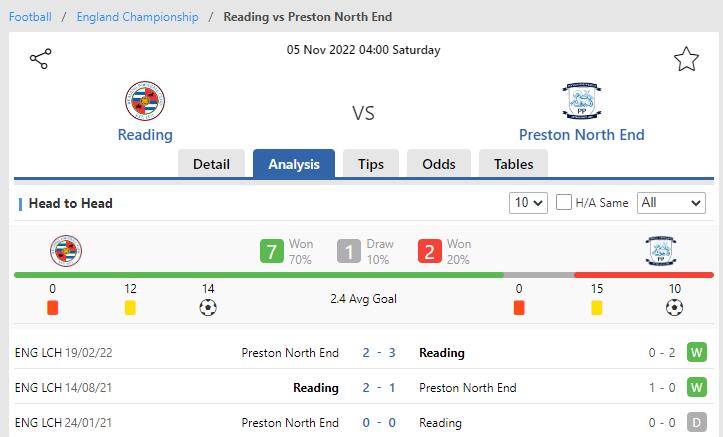 Reading will perform better when at Madejski Stadium. Besides, Reading have the psychological advantage against Preston because they have not been defeated by the latter since 2021. It is believed that Reading are going to win and both team will score in the game.