There will be a game between Cardiff City and Watford on Wednesday.

With a league record of 6W-3D-8L, they are ranked seventeenth. They broke their losing trend by defeating Rotherham United 1-0 in their most recent encounter. They are weak in offense, with 0.76 scoring goal on average of this season.

Watford, on the other hand, are on a winning streak after defeating Wigan 0-1 away from home in their most recent match. They now hold the sixth spot in the league table, with two points away from sixth. 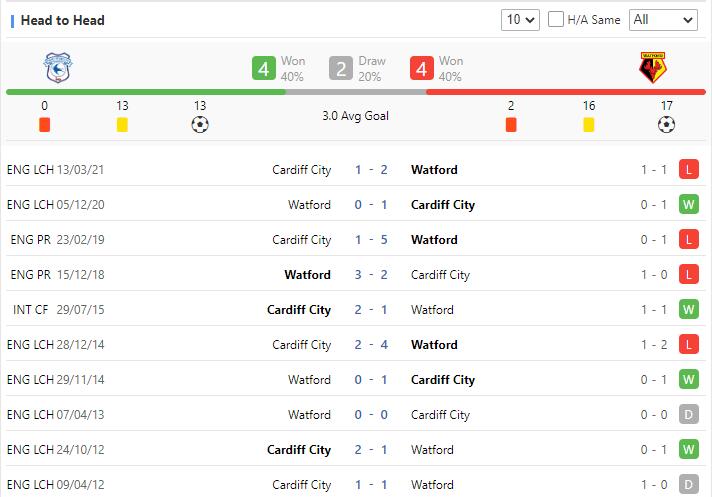 Watford are in form, and Cardiff are making progress. In their previous ten meetings, they've had three goals on average. The total goal of the upcoming game will be greater than 2.25 because both of them are in terrific shape.