The fourth and the fifth of England Championship will play for round 19 game at Turf Moor Stadium.

Before defeating Stoke 3-1 in the most recent encounter, they had gone six games without a victory. Thanks to their strong performance this season, they still have a chance to promote because they rank fifth in the league table.

QPR lost to Birmingham in their most recent away game. They have a losing streak on the road. So you shouldn’t pay more attention to them. They rank fourth in the league table, a little higher than Norwich. 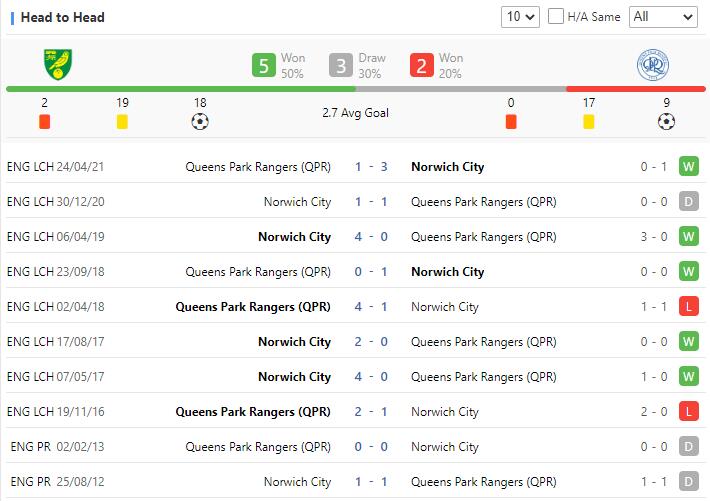 A four-match unbeaten streak gives Norwich the advantage against QPR in their previous meetings. Besides, Norwich benefit from playing at home. Therefore, Norwich stand the chance to win in the upcoming game.