Copenhagen, bottom of the group regardless of the result, are expected to train their young players in this game. However, it is the last home game of the season, and the team's intention is not low. 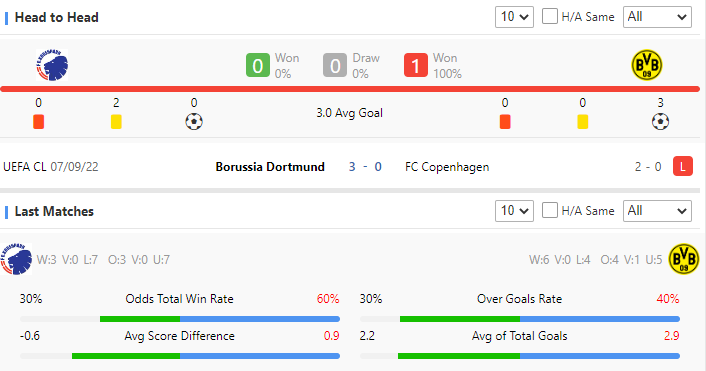 At present Dortmund has locked in the second group, it is estimated that the game will rest a part of the main players. The team has been on a good run recently and has kept a clean sheet against Manchester City.

The two sides are far apart in strength, but both lack the desire to win. The 1x2 first odds is 4.33-4.20-1.70, which means support the away team. But I though this game should end of draw.