RB Leipzig will travel to take on Shakhtar Donetsk on Wednesday’s Champions League.

FC Shakhtar Donetsk heads into this round with 6 points, ranking 3rd on group table. They are three points behind the second-placed RB Leipzig. They have been unbeatable for last five matches across all competitions, but just won twice. And they had only kept 1 clean sheet in their last 10 matches. Also, Shakhtar Donetsk failed to win any of their consecutive four rounds on Champions League, and could not get a win in six straight home games in this competition.

RB Leipzig have gone through a smooth run recently, since they have kept unbeatable for their last 9 games in all competitions and got 7 wins. Also, four out of their latest five matches were without over 2.5 goals, and they scored 2 goals or more in each of these five games. In the Champions League, RB Leipzig are coming off consecutive three wins, and they showed stable defense when playing on the road. 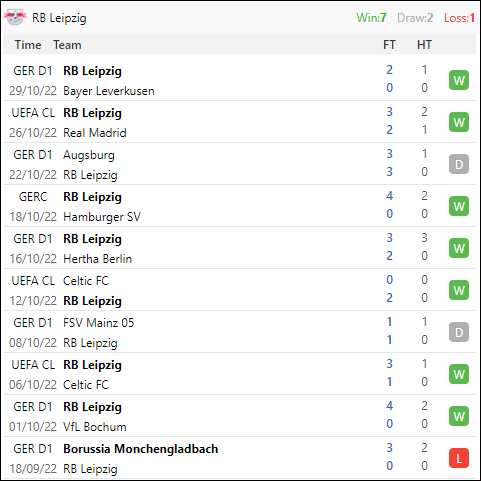 RB Leipzig wants to extend their good run by this clash. They have fierce attack and I also predict a high-scoring clash here.