This week, Blackburn Rovers will go to St Andrews stadium for an EFL match.

Rovers have a winning record of 11W-7L this year and are now ranked second in the league. They are only separated from the first by two points. They appear to have a solid chance of winning the championship this year. And they are in form, getting a four-match winning streak.

The host, Coventry, on the other hand, currently rank twenty-second in the league with a record of 4W-5D-6L this season. They struggle for the relegation this season. Their most recent two games were losses. 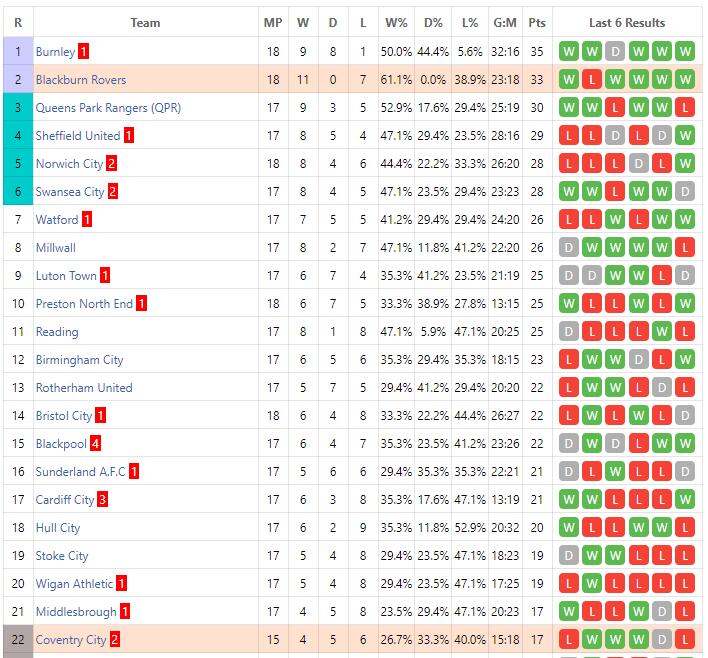 Three draws occurred during their prior encounter. Coventry are not in good state whereas Rovers are on a roll. But playing at home is advantageous for Coventry. As a result, the next game will probably end in a close away victory or a tie.