Although Liverpool's Champions League campaign has been good, successive league defeats to Nottingham Forest and Leeds United have been a major blow to their confidence. Their league title hopes are dwindling. 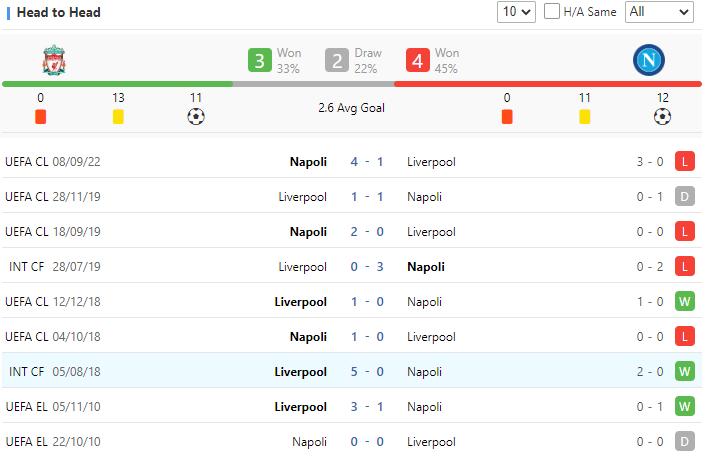 Napoli, who have won 13 in a row after 16 wins and four draws in their last 20 matches, they are in perfect form. They have been on fire this season, scoring 3 goals or more in 13 of their 20 games.

Liverpool have been in bad form but their home form has been good. The 1x2 first odds is 1.57-4.50-4.75, which means support the home team. Liverpool should win this game.

Domonie 261 Article
Hello, I am Domonie. I have worked for sports media for many years. And I am a lover of sports betting. The most important thing to success in sports betting is stats, analysis and pure luck. I believe I can help you to compensate for the lack of luck.
See More Article