An exciting clash will take on between Sporting CP and Eintracht Frankfurt on Tuesday’s Champions League.

Sporting CP suffered a 0-1 away loss at the hands of Aruca at the weekend, which was their third defeat in their last five games. They have been in poor forms in the whole October and they had only won three of their last nine games. On Champions League, they have mixed results, but they could even beat Spurs 2-0 in September.

Eintracht Frankfurt sits 5th on Bundelisga so far, with getting 6 wins, 2 draws and 4 losses after 12 rounds. They are coming off a 1-2 home loss at Borussia Dortmund last outing, putting their streaking 4 wins into an end. Actually, Frankfurt have won 5 out of their last 7 awy games in all competitions. 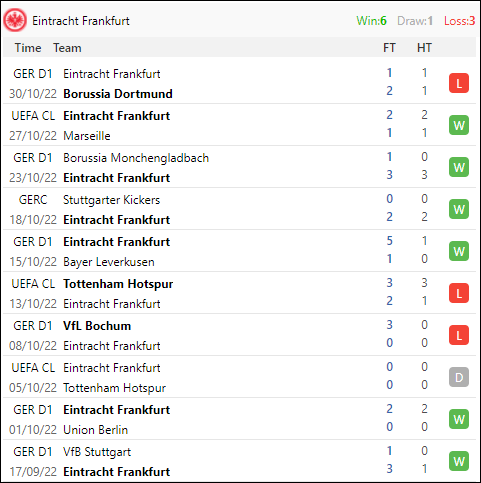 In general, the current forms of thees two sides are similar. I won’t take a risk and only predict both sides to sore.