England Championship round 18 will kick off with a game between Birmingham City and Queens Park Rangers.

There’s a gap between two sides. Birmingham are in a poor state, which have been winless for two games, while QPR are in form, getting a winning streak. As a matter of fact, QPR play well this season, with a record of 9W-3D-4L, sitting in the second place in the league table. QPR stand the chance to revenge for the losing record against Birmingham in the previous clashes. 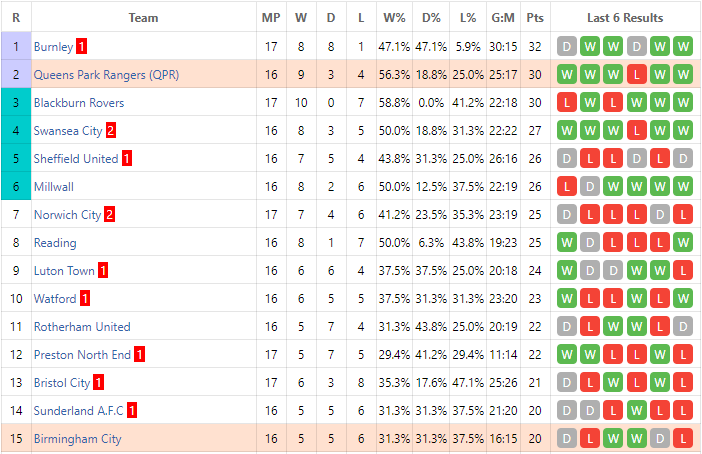 The two teams are defense teams, and this season, they have each given up an average of about one goal. Both are expected to focus more on their defense than their offense. I anticipate that total goals will be no more than three but both team will score.