Manchester United will play Sheriff Tiraspolon and they will want to at least get the point they need to advance to the Europa League knockout rounds.

Casemiro made an essential contribution to help the Red Devils salvage a last-ditch draw with Chelsea last time out. In the battle for a top-four berth, they are still playing catch-up. In the Europa League, Real Sociedad are still comfortably in first place with 12 points, with Man United now occupying second place. The Red Devils haven't lost in any of their last six games in all competitions as of Thursday. 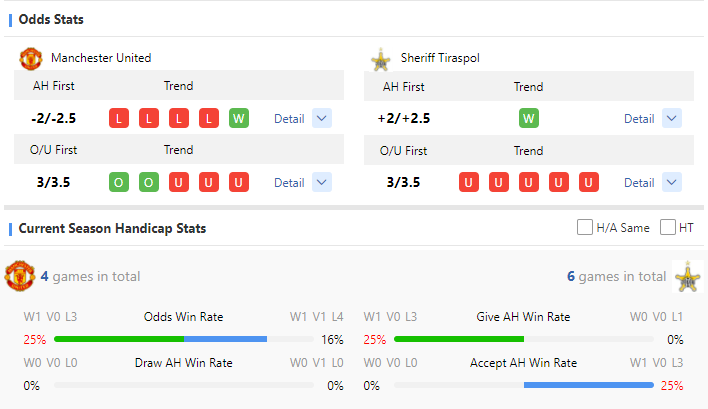 Sheriff have a 100% losing record. They conceded the second-highest amount of goals in the group while scoring the joint-fewest goals. They have also recently struggled, especially on the road. The Moldovan champions have won only four of their past nine games in all competitions..

Recently, the visitors haven't had a taste for goals in Europe, so it's possible that lightning will strike again as Man United advances to the knockout rounds with yet another two-goal victory.