The final Veikkausliga club to qualify for the UECL is up for grabs between FC Haka and Vaasa VPS.

Due to their 120-minute victory over AC Oulu on penalties, they have some luck going into the championship match. They have gone seven games without a loss.

An interesting fact is that Haka's seven games have all ended in under goals. Their strong defense is impressive. They have suffered only one defeat in recent two months, which was a 0-1 defaet to HJK Helsinki. 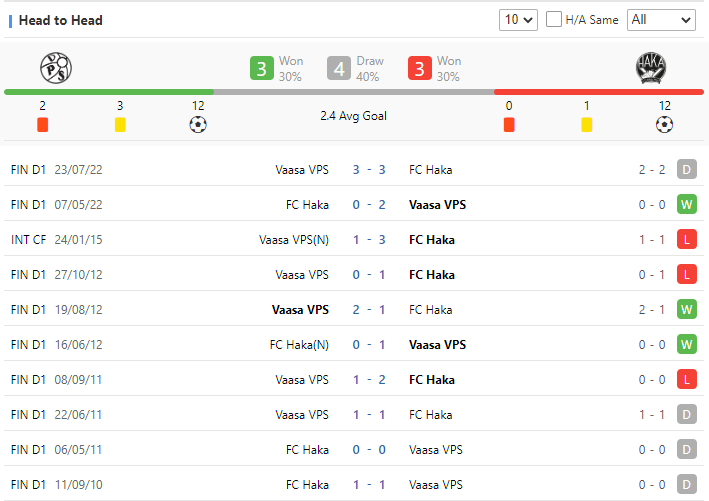 Haka are superior versus Vaasa because they have more time to prepare for the upcoming game. Given that they are both in good form, the result of the coming game will probably be a close tie.

DaireA 215 Article
I worked as a sports journalist for two years. I am professional in writing previews and commentary under statistics through my work experience. It is my honour to share my views here.
See More Article