Le Havre and Metz's match will conclude round 13 of France's Ligue 2.

Le Havre have only dropped one match in Ligue 2 thus far. They are third at the table of the league, only four point away from the first. In their last ten games, Le Havre have not suffered a defeat.

Only one of the previous six games was won by Metz. They struggled offensively in their last six games, scoring just four goals overall. They tied with Sochaux 0-0 at home in the previous encounter. 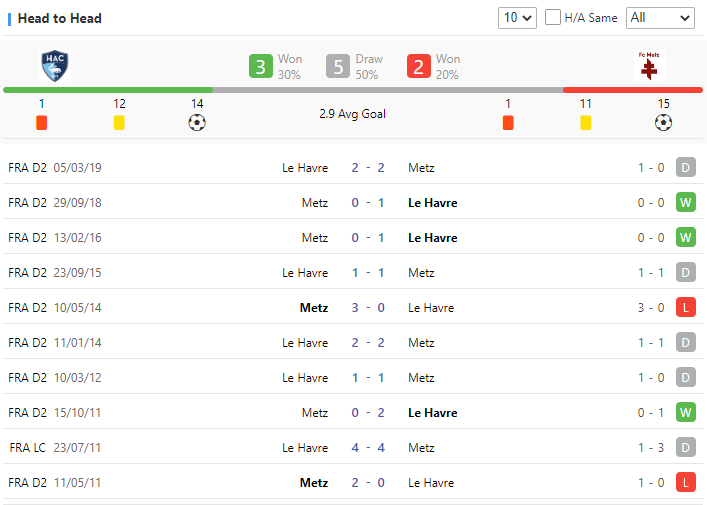 Le Havre are on a run while Metz are in a poor state. What’s more, Le Havre have the home advantage. Therefore, Le Havre stand the chance to win in the upcoming game.