Hansa Rostock will play host Kaiserslautern in the 13th round of 2nd Bundesliga on Friday.

Hansa Rostock have a poor start to the new season. They have picked up 4 wins, 2draws, 6 losses after 12 rounds, ranking 13th on the table. In last away game against Greuther Furth, they just ended the game with 2-2, which has been their straight fourth winless game recently. 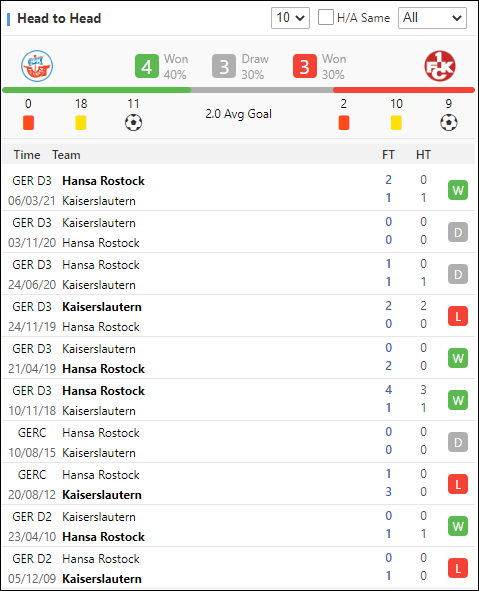 Established in 1900, Kaiserslautern have once won four Bundesliga titles, two Germany Cup, one DFL-Supercup and two 2nd Bundesliga titles. But they are in mediocre forms now, with getting 3 wins, 7 draws and 2 losses after 12 rounds, sitting 9th in the standings. They suffered a 0-3 home loss against Jahn Regensburg, also, six of their last 10 rounds were ended with a draw.

Hansa Rostock took upper hand with getting 4 wins, 3 draws and 3 losses in last 10 meetings with Kaiserslautern, and they have been unbeatable in last three meetings. I predict the host would continue to be unbeaten by this round.