Darmstadt will take on Holstein Kiel at home on Friday’s 2nd Bundesliga.

Darmstadt have an excellent forms to the start to the new season, with only losing one tome so far. And they have got 5 wins in a row recently, having good results on League and Cup. Now they are leading the League table, with steady offenses and defenses. Almost half of their matches were without conceding a game. Also, they kept unbeaten at home in this season, so they have confidence in this home match. 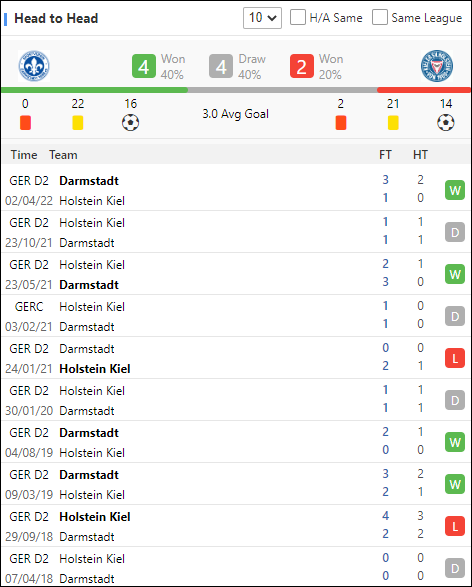 Holstein Kiel have been in inconsistent forms in the recent several seasons. In this season, they have suffered 4 winless run, and their away forms are also unsteady with mixed results. Moreover, with poor defenses, they have conceded goals in each of their last five matches.

Darmstadt are coming off consecutive 5 wins in the League and have home advantages, and they have been unbeatable in last four meetings with Holstein Kiel and won twice. I will pick the host as favorite in this clash.