When Porto host Benfica in the Classico on Friday, the top two teams in the Primeira Liga will square off.

Porto enter the match in dominant form after winning their previous five matches overall. In that time, they have scored 17 goals and preserved four straight clean sheets, demonstrating their strength on both sides of the field. Despite losing four points this year, Porto still has a perfect home record in the Primeira Liga and will now return their focus to the championship chase. 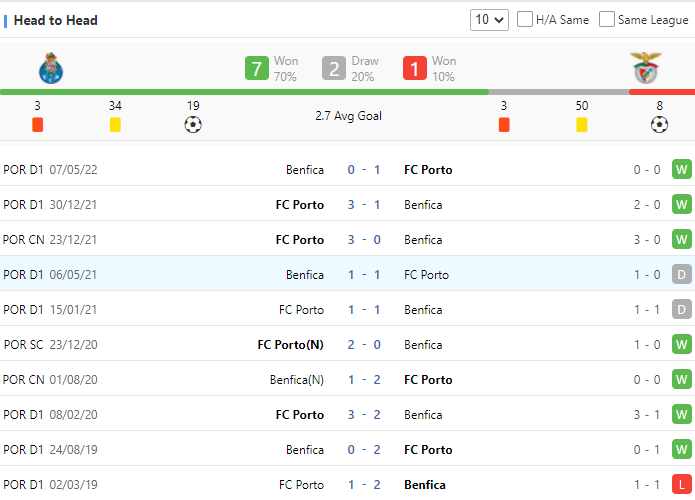 Benfica have played 18 games in all competitions this season without loss and they have won eight out of their nine league games. They will be aiming to continue their remarkable defensive record that dates back to last season, as well as their undefeated record, after maintaining seven straight away clean sheets in the Primeira Liga.

Porto have a strong winning run going. This run includes two victories in the Champions League versus Bayer Leverkusen. Benfica are currently leading the league and have not yet dropped a game. Their effective offense hasn't shown any preference for home or away games. Expect a high-scoring match between the two.