Round 12 of France Ligue 1 will kick off with a match between Ajaccio and Paris Saint-Germain.

They appear to be recovering momentum after going two games without a loss. The distance between them and the sixteenth is getting less even though they are still in the relegation zone. To avoid relegated is their goal for the rest of this season.

Christophe Galtier works to keep PSG in great state when they play twice a week. So they they pay less attention to scoring, ending six games in under goal continuously. Additionally, they are not sure to advance in group H of UEFA Champions League, they will undoubtedly put more efforts into it. 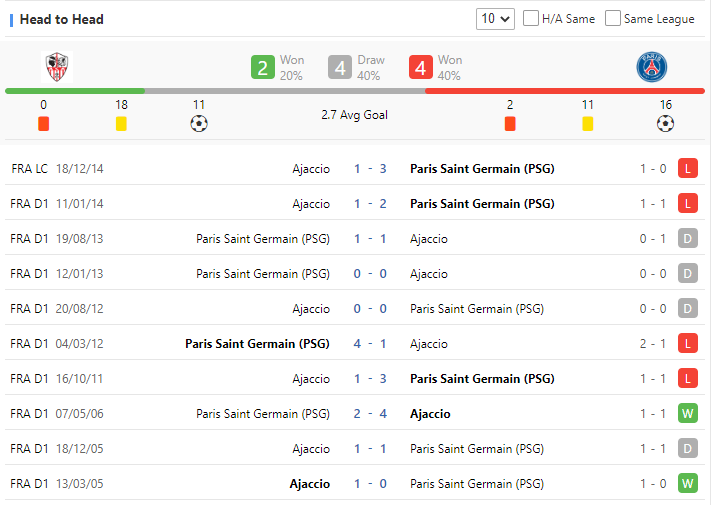 PSG are better than Ajaccio. In addition, PSG have not lost at Ajaccio since 2011, giving them the psychological edge. PSG will triumph, although they won't score much.