Stoke City and Rotherham United will have a game at Bet365 Stadium tonight.

They are in form, getting a three-match unbeaten run even with a winning streak. There are many scorer in the team. With four goals for the team as a whole, Lewis Baker has scored the most.

They just return to the winning way by a 2-1 victory over Huddersfield Town. They perform poorly on the road and have yet to pick up an away victory this year. In their five away games this season, they have only managed one goal. 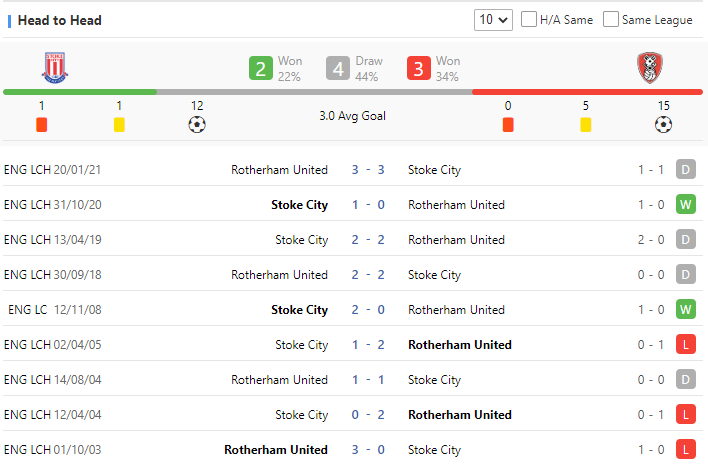 Stoke have not been defeated by Rotherham since 2008, which makes them have the psychological advantage. What’s more, Stoke have the home benefit. So Stoke City are more likely to win in the upcoming game.