They are only one point ahead of twenty-second in the League standings table. In their most recent game, they defeated Reading, who had gone two games without losing, 0-2. They are also greatly motivated because it is their first victory in these last two months.

They have got 3W-1D-5L in these two months. A fact that only two out of these games ended in under goal is interesting. They play aggressively, having the highest rate of over goal in the League this season. 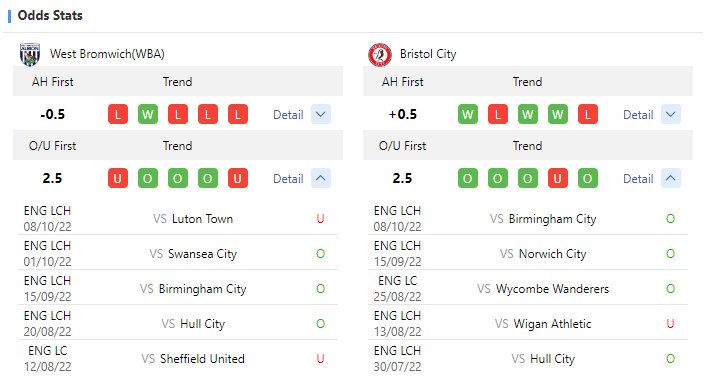 WBA got 6W-2D-2L from Bristol in their past head to head games, which makes them have the psychological advantage. Besides, WBA have the home advantage. And Bristol are in a poor state. So WBA will probably win in the coming game.