Belgian Pro League had already completed 12 games this season, as most European leagues rushing through their league before the World Cup next month kick start following by the winter break, all league clubs started to get serious and register as many points as possible before the year-end. Angie heading to Belgium today, as this match is between two mediocre clubs, I expect a high-goal result. 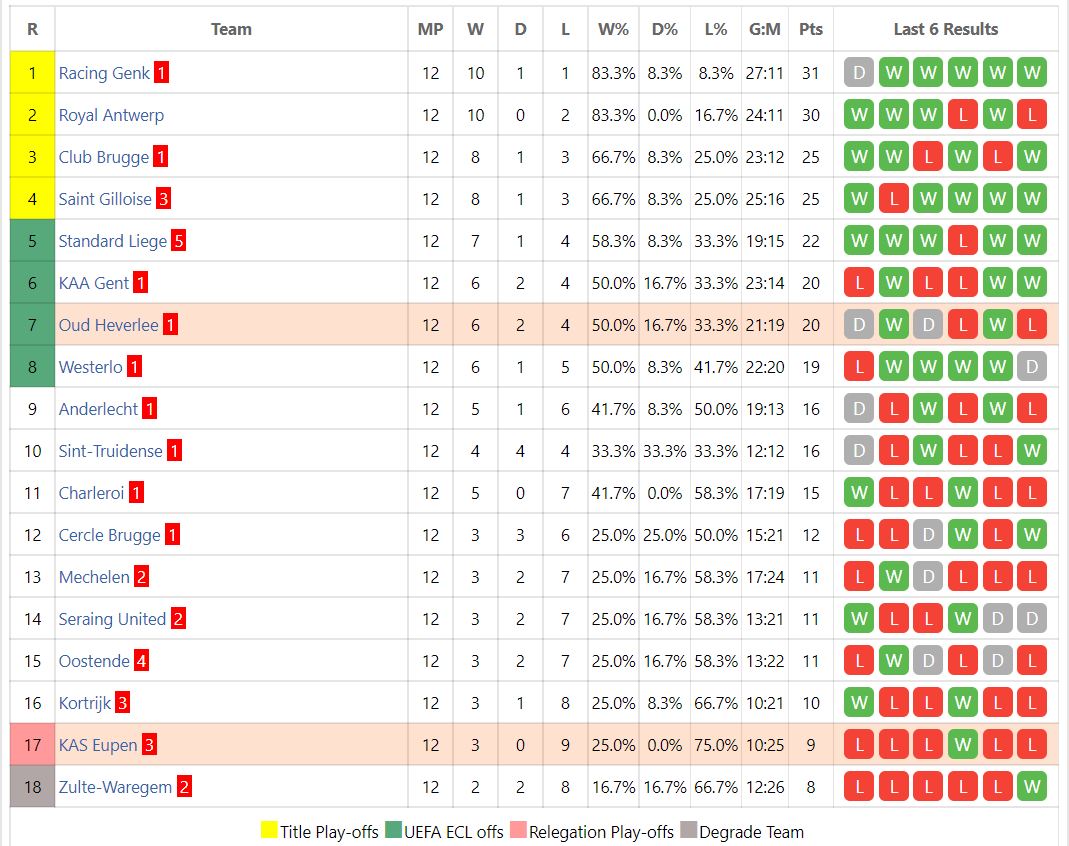 Eupen struggling this season, with only 1 home win so far this season, they are 2nd from the bottom in the league with more goals conceded at home turf than scoring (4:12). This game is their chance to boost morale with a win.

Oud Heverlee as a newcomer, they are outperformed so far in the league, they had only lost just once away from home with more goals than conceded (14:9), no surprise bookies opened Asian Goal Line at 2.75 goals on these two less popular teams.

OVER 2.5 goals or OVER 3.5 goals for a more adventurous approach