Ullevi Stadiums will hold a game between Goteborg and Malmo on Monday.

They are in a poor state, suffer a four-match losing streak. They perform poorly offensively, as evidenced by the 12 goals they have allowed in that period. Although all four games ended in over goals, they were not responsible for that because of weak offence.

They are not in form, which have lost four straight games, including matches in the League and the Europa League. It is unlikely for them to advance in the Europa League as they rank bottom of group D so they will undoubtedly put all their efforts into the League for a better result. 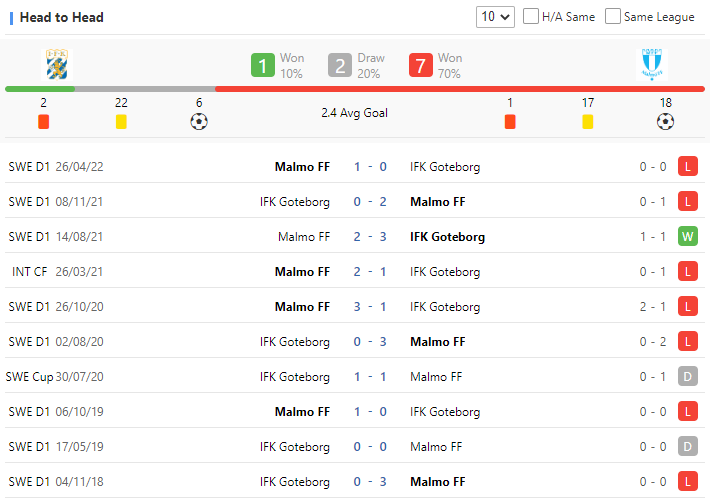 Malmo take the upper hand over Goteborg in the past head to head games with 7W-2D-1L. Besides, Goteborg are in a poor state. Therefore, Malmo will probably win. Additionally, both of them are not good at offence, thus the total goals of the upcoming game will be under 2.75.