The Washington Wizards invade the Gainbridge Fieldhouse to take on the Indiana Pacers on Wednesday night.


Indiana Pacers
The Indiana Pacers are looking to snap a seven-game losing streak and have entered a rebuilding phase. Last night, Indiana allowed Milwaukee to shoot 56 percent from the field during a 128-119 road loss. Buddy Hield drained eight 3-pointers to lead the team with 36 points on 14 of 20 shooting, Tyrese Haliburton added 17 points with eight assists and four steals while Goga Bitadze chipped in with 12 points, six rebounds and four assists. The Indiana Pacers are averaging 109.1 points on 45.5 percent shooting and allowing 111.7 points on 47.2 percent shooting. 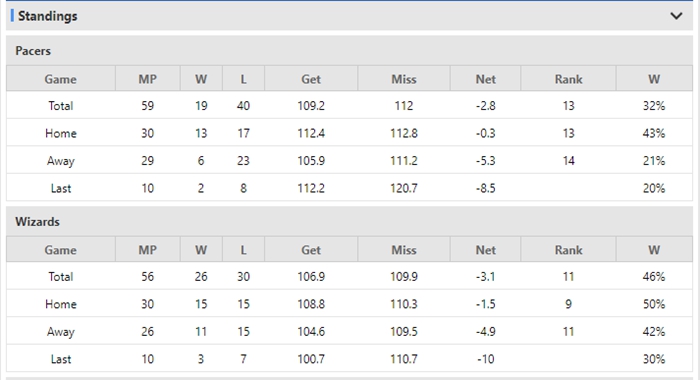 
Prediction
The Indiana Pacers still can’t get out of their own way, and being on the end of a back to back likely doesn’t help much. However, the Washington Wizards are playing a subpar roster most nights. Therefore, take the under should be a good choice for this game.