Angie traveling North to Scotland and finds you something valuable today. I have Scottish Division Two where I sense this game should have a few goals produced from both teams which they are searching for a win. This game could well be ending as a draw, but given the number of goals being conceded by Annan Athletic, this game won't be a walkover for the visitor.

Bonnyrigg Rose enjoyed their time in Division Two, however, they had lost 4 games in a row and started to lose ground. The newcomer also struggling to score goals in the league, with only 5 home goals so far this season.

Annan Athletic had drawn 6 from the last 10 games, pretty solid in their defense, with 14 away goals conceded, this game do look certain to see both teams will score. 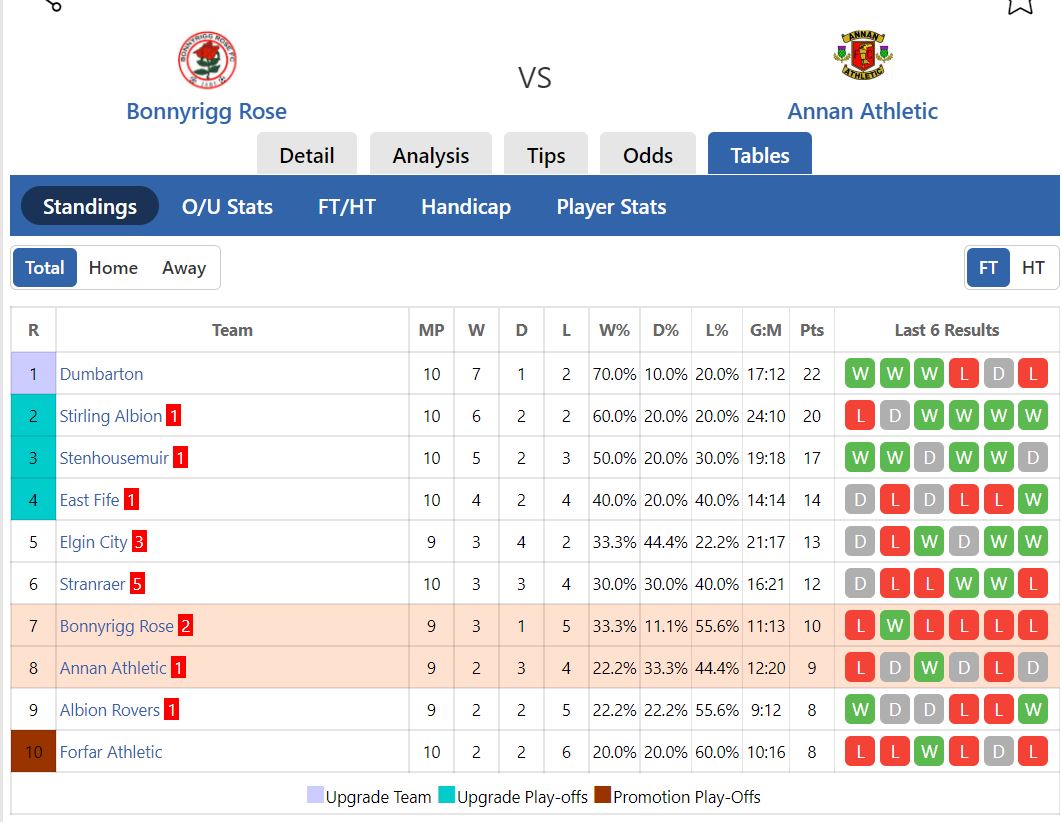