The Finland Veikkausliga championship's final two rounds have started. Here is a prediction for the match between Honka Espoo and SJK Seinajoen.

In the championship, they record 1W-2L. As the gap between them and the top two is large, it is unlikely for them to gain anything this season. They most recently suffered a 2-0 defeat to FC Haka.

They exhibit an interest in offence, with 2.33 goals scored in championship on average. Their last eight games all finished with over goal. Agon Sadiku is their key to success, who has scored four goals for the team in the championship games. 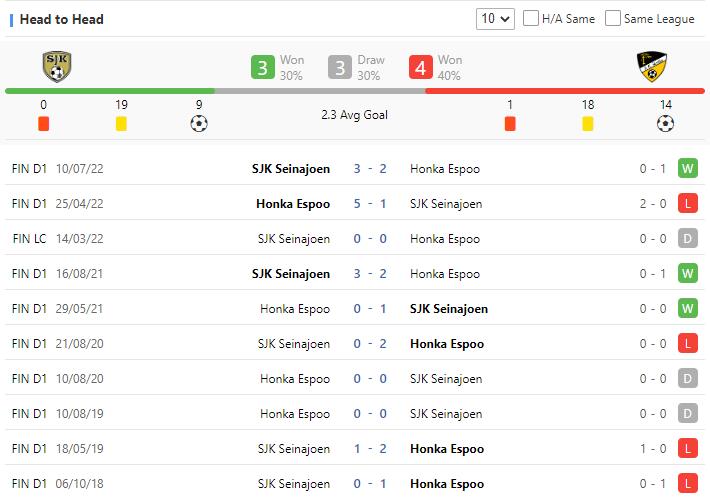 Honka are better than Seinajoen. What’s more, Honka take the upper hand over Seinajoen in the past head to head games with 4W-3D-3L. It is believed that Honka Espoo are going to win.