IFK Norrkoping FK will play host Mjallby AIF in this round of Swedish Allsvenskan on Monday.

IFK Norrkoping FK beat the bottom team, Sundsvall, last week and have picked up eight points from their last five rounds. Now they are ranking 11th place on table, 6 points ahead of the relegation-playoffs, which seems that they would almost secure their top-flight status for next season. When playing at home, they got 1 win and 1 draw in last two home outings. 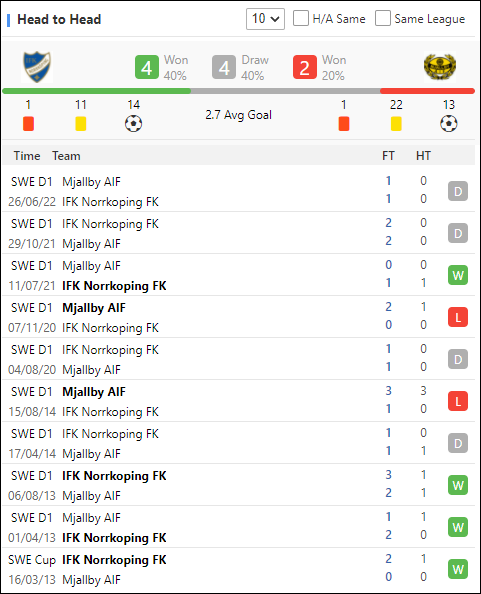 Mjallby AIF are coming off a 1-2 away defeat at the hands of Varnamo last week, which has been their straight fourth winless game. Fortunately, they sit 9th place on table with 33 points. But they have not won in their last two away games in this competition.

IFK Norrkoping FK have remained unbeatable for their last three meetings with Mjallby AIF with 1 win and 2 draws. In face of the Mjallby side in poor form, I believe the host would get a positive result.