Hammarby are coming off a 0-0 away draw at Malmo last week and are winless in their last five league games. Sitting in the 5th place, they are only five points behind of the leader, Djurgardens , in the league. Also, theyhave only lost once at home in the league this season. 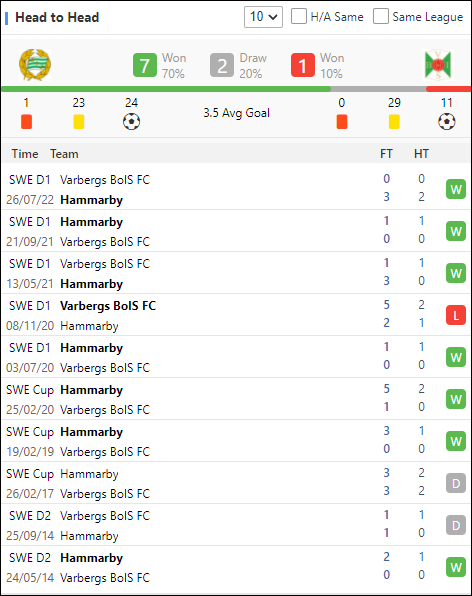 Varbergs BoIS FC ended last round against Hacken with 1-1 home draw. With only winning one out of their last eight league games, they are now in 13th place in the table, which are four points ahead of Degerfors in the playdown-spot. And they have only picked up eight points on th road all season.

Hammarby won the past three meeting against Varbergs BoIS FC. Hammarby are chasing for the champion title, and their home forms are nice, I belive they could beat Varbergs who are in poor form.