Estadio Placido Aderaldo Castelo will witness a game between Fortaleza and Flamengo on Thursday.

They are exhausted as a result of many fronts. They played nine games in July, winning just one. They briefly recover after being knocked from the Brazil Cup, but they are subsequently winless four straight games.

In their most recent game, which they lost 1-2 to Fluminense RJ and end their long unbeaten record, two key players received red cards. Up to seven important team members are absent, including Pedro Guilherme Abreu dos Santos, Giorgian De Arrascaeta Benedetti, and Everton Augusto de Barros Ribeiro who are on international duty. 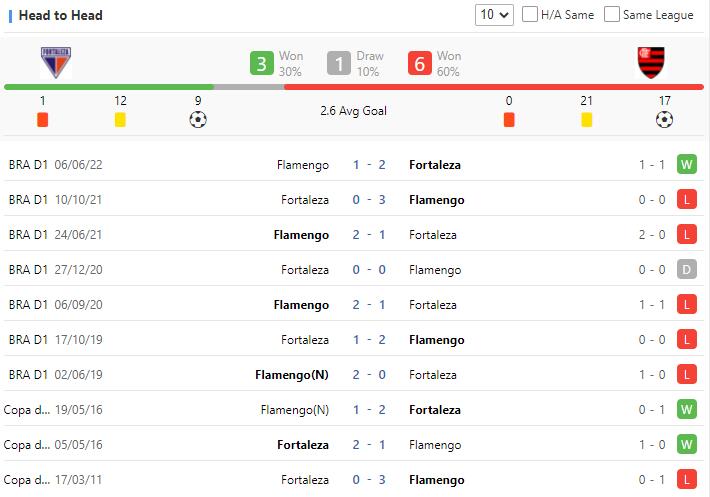 Fortaleza may not be doing well, however, Flamengo's situation is unknown with so many of its players absent. Given that Fortaleza is playing at home, they have a high chance of points.