On Wednesday, Arsenal Women and Ajax Vrouwen will play for a spot in the UEFA Women's Champions League group stage with the match now tied at 2-2.

Ajax want to advance to the group stage for the first time, and they have a good opportunity to do so after defeating Frankfurt in the opening round of qualifying and drew 2-2 with Arsenal the previous week. They have the advantage of playing at home and have only dropped one of their five matches this year. 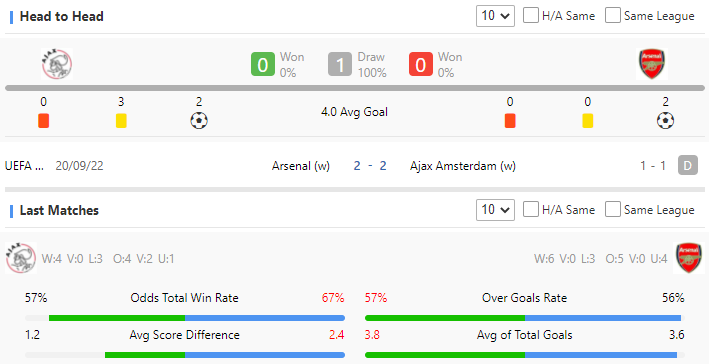 Arsenal has a 4-0 winning record after two league games. The Gunners defeated Tottenham Hotspur 4-0 on Saturday in the North London derby after thumping Brighton & Hove Albion 4-0 in their opening WSL game. Despite suffering three losses in their last five Champions League away matches, Arsenal will be hoping to continue their remarkable goal-scoring trend on Wednesday.

Ajax proved last week that they can battle with the Gunners, but we believe that on Wednesday, Arsenal's superior quality will shine through, giving the WSL team a slim victory.